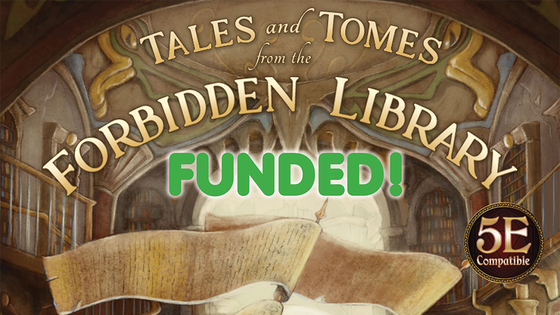 Adventure & sourcebook for D&D 5th Edition by Gregory A. Wilson, with contributions from many speculative fiction and RPG writers

Latest Updates from Our Project:

We are all attending Origins this week - all of Alligator Alley Entertainment, plus Gregory A. Wilson and a great many of our awesome contributors, too! Art is still being worked on, and we are creating new maps based on the adventure manuscript. The book contributions we've received are AMAZING, and we'll be previewing some of them, along with some completed art, soon.

In the meantime, Greg has asked us to share another project he is involved in with you, so here a message from him...

You might have seen that Greg just launched another project on Kickstarter with the folks at Atthis Arts for his Icarus/Jellinek graphic novels, and we just wanted to take a moment to let you know about it--and about the ways backers for this project could benefit too.

The graphic novels tell the story of Icarus, a young man with wings who falls into the heart of a dormant volcano--and the creatures he meets there, including flamepetal prospector Jellinek and his two-tailed, lava-resistant companion Rig. Icarus has great powers, but no memory of anything but his name…and together with Jellinek and Rig, he must discover the secret of his identity and the truth about his people if he is to save himself and others from those who want his powers for themselves. It is a story of wonder, of friendship, and of a battle to overcome tyranny, with creatures who may discover that what unites them at the core is more important than what divides them on the surface.

Greg is incredibly excited with the team he's assembled for this one, from the incredible artist Athila Fabbio (worked on Back to the Future, Teenage Mutant Ninja Turtles, and the Bumblebeegraphic novel for IDW, as well as other comics publishers) to the amazing scriptwriter Keith DeCandido (a prolific fantasy author, having worked on numerous original and tie-in works for properties from Star Trek to Doctor Who, named Grandmaster by the International Association of Media Tie-in Writers in 2009) to the gifted layout/letterer Kris Siuda (with a degree in film and currently pursuing a graduate degree in game design, also an expert in the world of comic books and graphic novels, and did the layout and lettering for the first version of Icarus). Published by Atthis Arts, a small, independent publisher which has already produced a number of well-received books, this promises to be a great collaboration.

But to make it happen, the Kickstarter will also need to be a success, and no one's been more of a success at Kickstarting than all of you!  So as a special incentive, Forbidden Library backers who also support the Icarus/Jellinek Kickstarter will have the story of Icarus and Jellinek added to their Forbidden Library, with a special description of the book (with game mechanics) along with an illustration sent to you digitally by Greg and Atthis Arts.

Greg is enormously grateful for all of your support of the Forbidden Library, which as you can see from the updates here is right on schedule, and he hopes you'll consider pledging to the Icarus/Jellinek project as well. But any support you can give, whether through a pledge or by spreading the word on your social networks, would be enormously appreciated.  Again, you can find the Kickstarter here:

And four examples of the incredible art in the project:

Thanks so much, and if you have any questions or need further information, please let Greg know! And as always, thanks for supporting the Forbidden Library!

Things are busy in the library as we prepare for Origins next week!

We have received the full manuscript, and 95% of the contributions are in! the text is in layout now, and we've started receiving some of the initial sketches for the interior art, with more to come!

Thanks so much again! We're excited to see this all coming together!

We never could have guessed, when we started this, we could end up here! THANK YOU!

This is so much more than our best imagined plans. Now we can make this book truly amazing. we cannot thank you enough!

We'll have another update soon about the survey and post campaign, but for now, we're speechless. Thank you!

Amazing! Unreal! You really did it!

Curse of the Demon Stone is a 5E adventure written by Rich Lescouflair, and is also Alligator Alley Entertainment's first original publication (in 2015)! Rich will be revising it, writing additional material, and updating the art and graphics to be consistent with our current 5E look!

Every backer pledging at $15 and up will receive the PDF of this revision when it is done later this year. This adventure will also feature Hearthglow Adventurers Academy, in small part. The world of the Demon Stone setting will not be the official or exclusive home for Hearthglow Academy, because it is designed to be incorporated into any fantasy setting, but its inclusion here will be an example of how it could be done!

Thank you, so very much, for all of the incredible support. We are humbled and overwhelmed at the reaction to this project, and forever grateful.

As we move into the final 48 hours of this campaign, we have added 1 aspirational Bonus Goal at 1,000 backers - a Portrait Gallery Composite of the Librarians of Hearthglow Adventurers Academy poster pdf. This poster, in easy to frame dimensions, will feature portraits of 40 Librarians of the academy. We hope this will be something special to remember this project by, should we reach it.

We are also offering the Original Printer's Proof of this book, which we will be asking our printer to send back to us once the book is done. This one of a kind item is being offered to one backer at $1,000, and includes the $200 "Your Picture In The Book!" reward benefits, as well.

Thank you all again! We look forward with all of you to seeing where we end up at 11PM Eastern time on Friday! We will be posting details for Gregory's Twitch stream, which will be running as the campaign comes to a close, soon.